Between eight and nine inches of rain in northern Caldwell and Lyon Counties left several acres of farmland underwater.

Caldwell County Extension Agent for Agriculture Shane Bogle says some areas in northern Caldwell and Lyon Counties received upwards of 8 inches of rain when strong thunderstorms rolled through the region Saturday night and early Sunday morning. Farmer Roy Gene Rogers says he recorded 9 inches of rain on at least one gauge on one of their farms. He said a neighboring farm two miles away received 8.54 inches.

Some of the farms affected belong to P & H Farms, Bill Clift, and others in the area. Rogers says Darla and Allen Burton have around 400 acres underwater along Donaldson Bottoms located on Highway 70 and 139 in Northern Caldwell County.

Shane Bogle says he is hearing that close to 1,000 acres of farmland are underwater. He adds there are quite a few creek washouts, several fences to repair, and several hundred acres of soybeans that will have to be replanted.

(Photos courtesy of Roy Gene Rogers, who posted the photos on his Facebook site that were taken by James Hunt and Darla and Allen Burton) 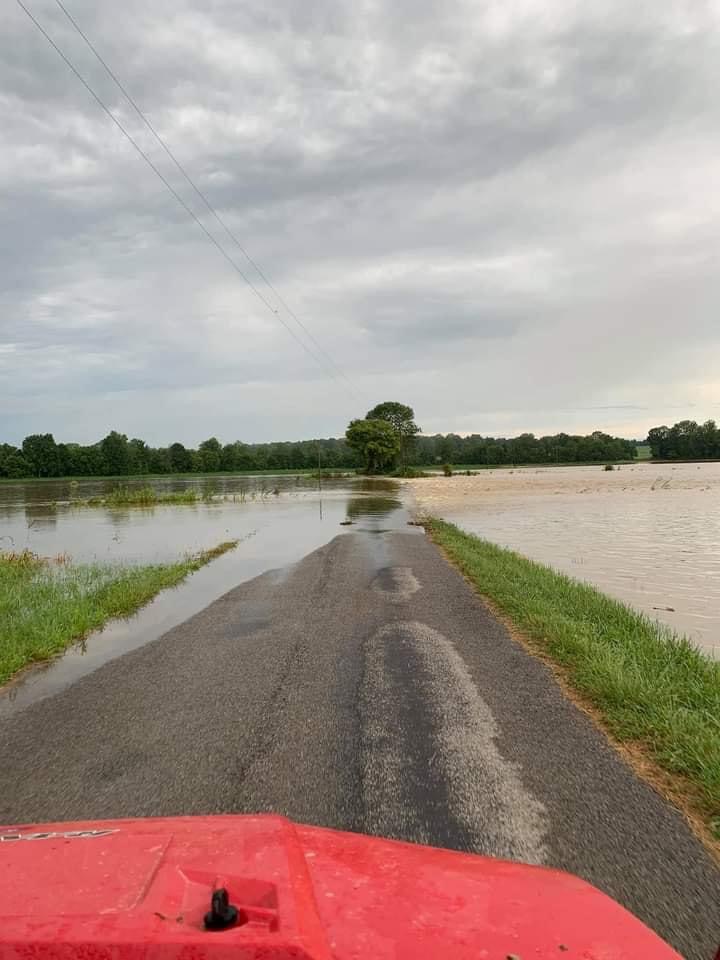