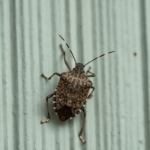 The brown marmorated stink bug has gradually worked its way across the state since first found in eastern Kentucky in 2013. It has a “hitchhiker” tendency of moving on cars, shipped materials, etc. from one place to another. As of 2019, BMSB was not well-established in western Kentucky. Its populations were low and had not been seen moving into human dwellings. But conditions have changed this year.

Many have reported this new stink bug found indoors crawling on walls and ceilings. Although not as prevalent as the Multicolored Asian Ladybug or Boxelder Bug, as many as 6 to 10 BMSB daily invaders are reported by some.

The brown marmorated stink bug (BMSB) is native to China, Taiwan, Japan and Korea. The pest entered the United States accidentally, possibly in shipping containers. Infestations were first noticed entering homes in Pennsylvania in the mid-1990s. Today, BMSB is present in at least 46 states and 4 Canadian provinces. They are pests to vegetables and fruit (tomatoes, peppers, apples, peaches, sweet corn, etc.), and field crops (corn and soybeans). 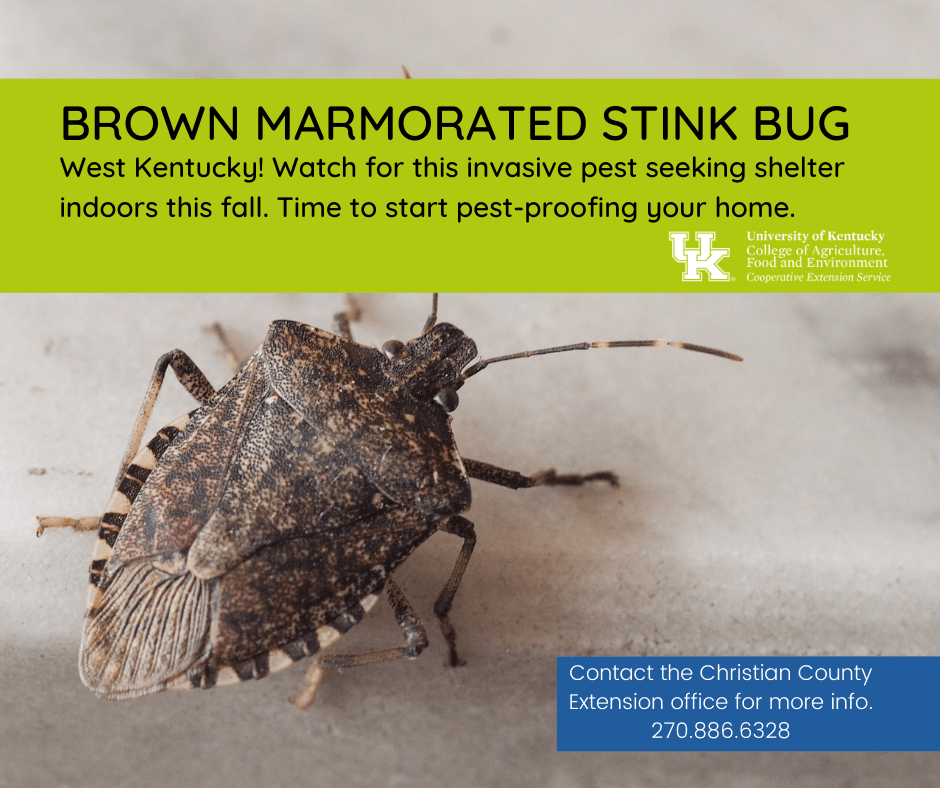 If you are finding the brown marmorated stink bug in your home, your first step is to seal or repair cracks and crevices in doors, windows or screens to prevent the entrance of BMSB. This should be completed now as BMSB fly from fields or tree lines near houses looking for well-sheltered overwintering spots. This behavior is a response to decreasing day length and temperature. Buildings in poor condition with gaps, barns, and garages are preferred sites for infestation.

Brown marmorated stink bugs may enter these types of units in great numbers. In nature, BMSB can overwinter on standing dead trees with loose, thick bark (such as oak and locust) or rocky ledges. This species does not overwinter in shrubs, mulch or leaf litter, which are generally too moist for their survival and where native stink bugs overwinter.

If heavy infestations occur, insecticides might be the best choice. However, householders may want to hire a professional pest control agent since the most effective insecticides require special certification for their use.