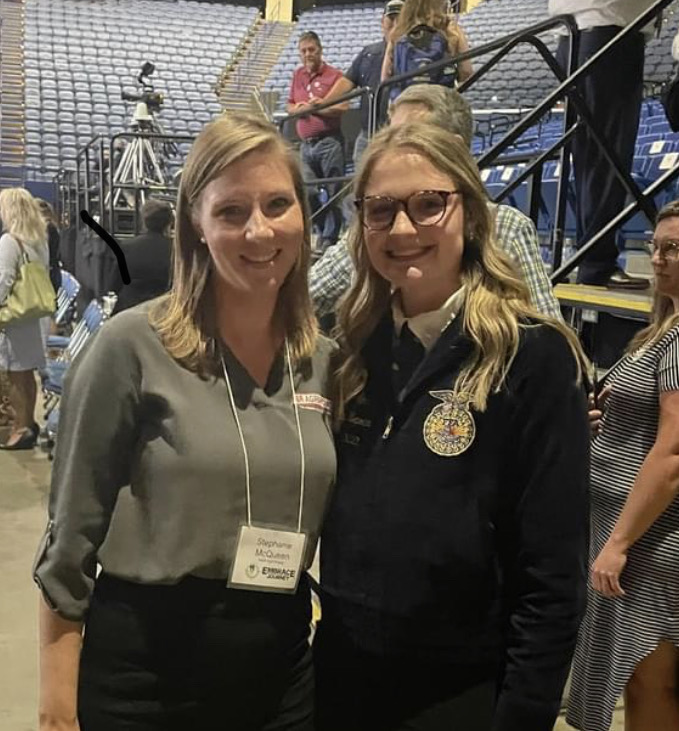 The 93rd Kentucky FFA State Convention took place June 6-9 in Lexington. The convention ended with the exciting announcement of the new State FFA Officers for the 2022-2023 year. Hopkinsville’s very own, Maggie Goode, was one of two representing the Pennyrile Region. After many hours of hard work, her labor paid off as she was named our Kentucky FFA State Vice President of the Pennyrile Region. As a candidate, she went through many nights of preparations and interviews to make it to the state level. First, she needed to win over her own chapter to be sent to regional interviews. After that, she competed against one from every chapter in the Pennyrile Region before being selected with one other to advance to State. Her accomplishments and leadership in the FFA led her to be a trustworthy candidate for State Office. That same leadership will help her succeed in this new position and take Kentucky FFA to the next level.